Shane lives a restored life, which he credits in part to Released and Restored for its non-judgmental support, its positive environment, and how it gives hope.

Shane was in prison for twelve and a half years. Most of those dozen years he spent at the Nebraska State Penitentiary, but he also spent some time at the Lincoln Correctional Center, as well as receiving treatment at the Lincoln Regional Center. It was during his time at NSP that Shane first encountered Released and Restored and its founder, Ruth Karlsson.

Although Shane took the only religious program (Planning with Purpose) offered by Released and Restored and also had encountered Ruth in worship settings, Shane very much appreciated the fact that Released and Restored wasn’t trying to convert anyone. “Even though you are a religious organization, you don’t push the faith and are willing to accept anyone without judgment.”

Shane quickly came to enjoy and look forward to his time in Released and Restored programming. “This was a more positive environment, whereas prison is always negative – negative – negative. Released and Restored made my time easier because it gave me hope, knowing that there were people out there to support us and willing to help. If something bothered me, I had someone to talk to, and I could get away from the routine of prison with its mundane life and all the constant complaining by people.”

Perhaps the most valuable tool Shane learned through Released and Restored’s program is how to identify problems like distorted forms of thinking in order “to shut them down before a crime happens.” When asked what made Released and Restored’s program different than other programs was that it “felt more realistic, like something I can use and always fall back on to help with how to get supportive people, fall into the right crowd, and being a place where I can let it all out in the class.”

After completing the Planning with Purpose program, Shane continued to encounter the staff of Released and Restored out on the yard, in worship, and also receiving the much-appreciated annual Christmas card that Released and Restored sent him every year he was in prison. Within a month of his release from prison, Shane came over to Released and Restored for support, resources, and even the chance to visit. Shane described the support he has received from Released and Restored as “all positive, keeping in touch, letting them know that everything is okay, to form friendships with staff, and even just to BS together. I know that I would not be judged by anyone, and it was encouraging just to hear a kind, supportive voice.”

Shane has been out of prison for over three years now. Shane has most enjoyed the chance “to spend time with my family, to get out in the wilderness to the lake and fish with Dad, to just walk in freedom and away from the problems of the day, and being able to just go out on my porch at night to look at the stars or watching storms.” Shane continues to keep in touch with Released and Restored, whether it is through occasional phone calls from him or to him, or sometimes even having coffee together when in town.

Shane wants the public to know why Released and Restored is such an important organization. “Not everyone can always go to family after prison, with some family disowning or not associating with someone because of prison. But your organization is non-judgmental and supportive, and we can call you up for coffee and chat about whatever’s up—whether it’s good or bad.”

As encouragement to someone who is just getting out, Shane states: “Be yourself. Don’t try to be somebody different. Don’t always look in a negative perspective, and try to stay positive.” 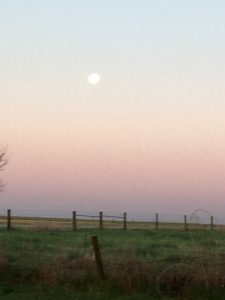