A wide variety of bell peppers, tomatoes, eggplants, carrots, radishes, cucumbers, sage, rosemary, basil, chives, and (this year for the first time) even watermelons fill Ken’s bountiful garden. He knows very well the care needed in planting seeds and tending sprouts. Ken tends his life with the same care as his garden, and is grateful for the seeds that Released and Restored planted within him.

But if you had asked him about that a few years ago while he was in prison, Ken said he would not have believed he would ever harvest the produce of such a garden.

Ken spent eight years in prison. About a year and a half into his time, Ken’s sister visited him and told him something that stuck with him. She had put off visiting him because she was mad at him for how his prison sentence had hurt her and the rest of the family. “You left us here to fend for ourselves!” she told him. That statement was like “a knife to the heart” for Ken. He shared with us that he had been the only man in his extended family who had offered support to his relatives. Ken told us he came to a realization: “It’s not about me, me, me – I affected my whole family when I got locked up.”

This realization became a turning point for Ken. In order to support his family again, Ken needed to tend to his own life and cultivate it during his time in prison. One of the ways he accomplished this was by signing up for a program offered by Released and Restored. Ken recalls he signed up in order to “make the best of my time in prison.”

Ken learned a variety of skills from Released and Restored. “It taught me a brotherhood. Once we [i.e. he and the other participants of the program] took the class, we started to respect each other during the rest of the time in the Center.” Among his favorite memories such as the “honesty of the Released and Restored staff,” Ken specifically recalls that while the class worked on their resumes, he had a particularly difficult time with the computer. “Angie took that extra time to come over and help me learn to navigate the computer. She helped me in ways she didn’t eve understand that still help me to this day with computers and even my phone.”

When asked if our programming helped his prison time pass easier, Ken stated, “Sure did, because for those hours each day I didn’t have to be caught up in all that was going on in prison. Prison is repetitive—the same card games, watching TV over and over, and you just stop using your mind. Released and Restored gave me a chance to bond with other participants and staff, and to use my gray matter in different ways.”

For Ken, Released and Restored stands apart from other programming. “You all really cared!” exclaimed Ken. “Whereas other programming seemed in it for the money.” Ken particularly recalled a time when a staff member wouldn’t put up with the shenanigans that were happening that day in class: “With the other programs, the instructor just looked ho-hum in that kind of situation. But Les [lead facilitator] took it as serious because that young man gave a darn about what happened to me after prison.”

Ken has now been out of prison for four years, and tends to his kids and family with even more care than his garden. Ken shared that after our interview, he was heading over to help his mom with her car, followed by continuing to remodel his cousin’s house. He particularly enjoys fishing with his cousin, as well as the occasional cruise to places such as the Bahamas and Nassau. These cruises have served as a “family reunion on a boat” with over fourteen family members. Ken has found these reunions “incredible and wonderful,” giving them “a chance to heal and reconnect,” even with some members who he might not have gotten along with so well in the past. Ken would also spend a couple of hours in the morning, just looking at the deep blue of the ocean and listening to the waves. “You learn to love even the smallest things,” Ken shares. “You don’t take anything for granted, because it could be taken away.”

This love has kept Ken out of trouble in the life restored to him after prison. Ken admitted that not long ago a conflict threatened to bring forth some old habits, but stated, “Everybody I loved and their faces appeared to me at that instant and prevented the old me from coming out.”

Ken recently suffered the terrible loss of one of his sons. He shared with us that a sister had admitted to Ken that she had thought he might tear up the hospital after this. But Ken responded, “What good does it do my son? It won’t bring him back.”

Ken credits some of this calmness in these situations to what he learned through Released and Restored programming. “Released and Restored made me a better man by teaching me to use what I already knew to use.” Ken has continued over the years to keep in touch with us, and shared that “out of all the programs I’ve taken, I haven’t stayed in touch with any other program.”

He concluded by stating why he has stayed in touch with Released and Restored: “I feel for this program because of what you do for those who want to learn something from it. You’re like farmers: planting lots of seeds, knowing not all of them will grow but still putting them into the ground and praying you’ll reap what you sow.”

“This program is a major part of who I am today.” 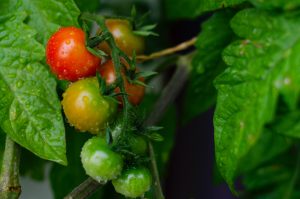